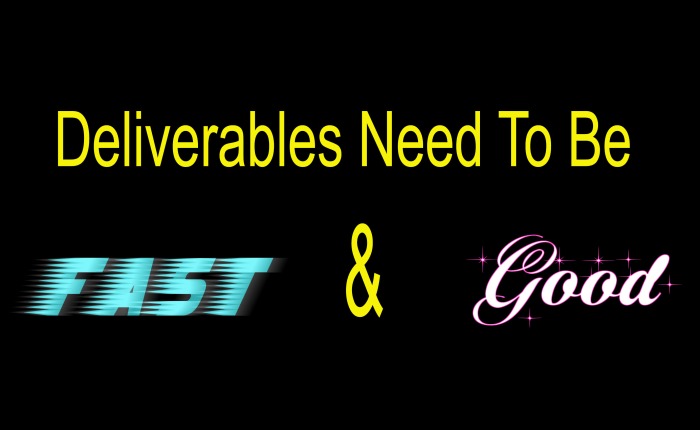 Good day, I would like to articulate a timely point which is on my mind for this week.  We will commence with Andrew Loomis next monday. The issue I would like to cover today is nonetheless regarding art, but it does not feature directly in the following section of Figure Drawing For All Its Worth.

I would like to talk about the question: what is most valued in the productivity of art, and in deliverables in general.  This has to do specifically with artists working on contract and providing services for other people, but in general, it has to do with all forms of trade.

The question which is belabouring my efforts currently is a conflict with an art sub-contractor regarding a service he is doing for me.  We take on sub-contractors so that they can do some of the work which you as the general contractor would rather not do, or in some cases, cannot do.  This arrangement can go sidewise though, and it is really the fault of bad business. Mine is an issue which often arises as a result of bad business; it is a disagreement regarding what is most important in doing a job.

Is it speed or is it quality?

The deficiencies I am pointing out in this sub-contractor’s work are being dismissed using this excuse: comic art work is not supposed to be ‘perfect’.  The message being presented sub-textually is that I don’t understand industry project work, and the general comic rule is instead about:

doing the best that can be done in the time allotted

The issue I have is that this point fails to acknowledge there is a standard which any artwork (and all deliverables) must meet in a business exchange.

There is no value in speed, if a basic standard is being compromised.  For example, imagine if you went into a restaurant, and the waiter sat you down, and then presented you with a meal within the first minute. The speed that the meal appeared would not matter to you, if it were something you didn’t want.  Speed is only valuable if the desired standards are consistently met.

I have worked in many different trades, from illustration to music performance, to theatre design and to heavy-duty construction, along with many others in between.  I have always seen the same thing: customers are seldom impressed with speed, if the deliverable is not executed in the manner they want.

This is not to say that speed and time are not a factor.  It is true that likewise, customers are not pleased when a deliverable takes too long to be produced.  Considering the dinner scenario again, imagine if your meal took 2hrs to arrive, but it was the best darn meal you ever ate.  Would this justify how long it took?  No.  It can’t be too slow in production either.

There is a standard at both ends of the scale. The answer is that the deliverable must be timely and correct.  It needn’t be delivered fast.  Being fast is not a universal benefit, except in races.  Fast is relative to the standard.  Deliverables also mustn’t be slow.  That is also a problem.  The timeliness of the thing is really a servant to the standard of what is wanted and expected.

Deliverables need to meet the standard of the customer’s expectation, within the expected timeframe allotted.  They must be timely as well as good.

Problems arise when there is a disconnect between the participants’ standards.  For instance, McDonald’s is very speedy.  When we go into that restaurant, the food comes within a few minutes, and we accept it.  This is because we already know what standard McDonald’s delivers.  The error would be with the customer if he was upset with the hamburger, expecting something like what is served at a higher end grill-chain, or a sit-down restaurant.  If this hypothetical customer complained with: “this tastes terrible!  Go slower and put more time into it!”  he’d be in the wrong.  This is not what McDonald’s delivers.

In the case of McDonald’s, the established trust of the chain is part of the deliverable.  We expect the food to be basically immediate, and thus the McDonald’s-style food quality is the standard.  The crux is that McDonald’s is already a very well-established institution, and it stringently maintains its standard, strictly all across the globe.  A Big Mac in Tokyo tastes the same as it does in Toronto.  ( I know, I toured Japan with my band, and tried a Jap-Mac)

In sub-contracting, you don’t have the luxury of knowing the standard of the other person very well.  Without evidence, and therefore certainty, a conflict in vision will likely rise between the participants.  This will cause strain, since one of the parties will be feeling pushed, and the other will feel like the deliverable is not good enough.

There are no obvious ways to correct this issue.  My opinion is that one must be very explicit when engaging in a trade, and in hiring sub-contractors.  We must make certain that they are up for the job you are looking to execute, before the exchange begins.  The issues generally arise when the participants are not treating the relationship formally enough at the start.  Difficulties manifest when participants in an exchange are not able to voice their standards at the beginning.

In conclusion, to work as a person who trades in deliverables, you need to be fast and good.  If you are not up to the standard of the customer, don’t start the engagement.  If you are not pleased with the deliverable when you are the customer, use somebody different.  I turn down work all the time because I can sense when there is a conflict of visions at play.  I advise you to not take every job that lands in your lap.  There is a good chance one of them will start to go poorly, sooner or later.

It is not for anybody to tell you what your own standard is.  Keep your standard, and leave the modifications you make in the business arena; the place where you interact with the participants as a formal exchange of money for deliverable.  The work you get as a maker of things, and/or the deliverables you receive as a customer will be the factors telling you whether your standards are in harmony with others.  With that data, it is then it’s up to you to choose how you’d like to proceed, and accept all that goes with such a choice.  Malmsteen never compromised either.

Back to Loomis next week.  Thanks for reading.