My last post introduced the reader to Andrew Loomis’ concept of imagining any object primarily as a geometric shape, prior to attempting to draw it.  After one is able to conceptualize subject matter as a series of three-dimensional geometric shapes, Loomis reminds the reader that:

Every plane must have its relative values correctly rendered, or the entire image will fail to convince.

It is appropriate at this time to therfore indicate how one correctly renders the five essential, three-dimensional geometric shapes.  To do this we will perforce need to leave Andrew Loomis for a short while.

The essential shapes, if the reader recalls, are

All other geometric shapes are derivatives of these primaries.

Each of the above 5 shapes show their dimensionality and mass in predictable and easily memorized  patterns of rendering. To help the student, the patterns of value can be remembered as “value shapes”, in that the lights and darks will take on a recognizable geometric form when laying upon the larger three-dimensional shape being represented.  These rules should be memorized in order for the artist to properly represent the shapes. (each of the rendering examples are from this site by Bill Martin) 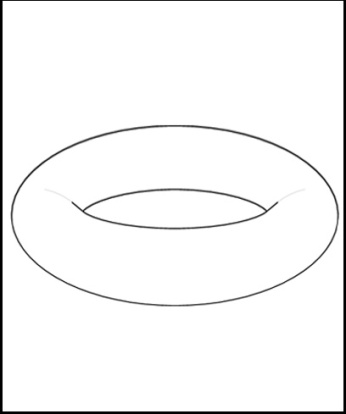 Next time, we will return to Andrew Loomis and his final considerations of geometric shapes, their use in figure drawing, and his closing thoughts to this section of the book, Successful Drawing.

Of interest to my readers, I would like to inform you that I will be now posting new entries for Understanding Loomis every Sunday, in order to complete my synthesis of Andrew Loomis’ writing in a more timely manner.

2 thoughts on “Concerning Rendering of the Geometric Shape”