Greetings, Lesson Two of Figure Drawing for All It’s Worth will continue with a summary of Andrew Loomis’ Opening Chat.   Taking personal notes on the ideas which Loomis is expressing will greatly enhance your ability to synthesize the later lessons which are actual drawing exercises.

The ideas he states inform his practice.

Loomis begins the next section by expressing that verisimilitude, (having the quality of seeming reality) is not enough for an illustrator to trade in.  He states that such a practice in art,  (i.e. photo-realism) may have at one time inspired awe in viewers, but since the invention of the photograph, such a pursuit is not sufficient for an illustration to be a quality piece.  An actual photograph records realism with unsurpassed efficiency and transfer,  such that the artist on these terms will always be outdone by the photo shutter and film.  Artists must therefore capture qualities in the subject which are beyond the obvious facts; those properties which Loomis calls “Pertinent Facts”.

“Pertinent Facts” are the less obvious qualities such as character, emotion and drama which clothe all subject matter, and are observed by viewers who have the care to look deeper than the surface.  This particular consideration is one of the hazards which many amateur and fannish devotées of fantasy and comic art will trip on. Devotées to particular Intellectual Properties love to see their favourite characters -a character such as Red Sonja- merely represented on canvas.  Such fans are quick to call a well-done painting in this category a “masterwork’, where the trained eye will see the work for what it is,  a well-done reproduction.  Paintings of this sort are done from reference; often a photo of a model dressed up as Red Sonja, standing in a relaxed or semi-active pose with a colour-field background of swirling mist behind.

The informed eye sees such a painting (which are legion) as literally being a work not particularly different than the actual reference photo which the artist has painted from.  Some artists even go so far as to use theatrical lighting and various props, along with the paid model to develop his painting, leaving almost nothing left to his artistic memory or invention.  In such a case, we need to ask why a professionally shot photo is not instead presented as the final artwork?  What qualities have been brought with the image being mirrored painstakingly in paint? 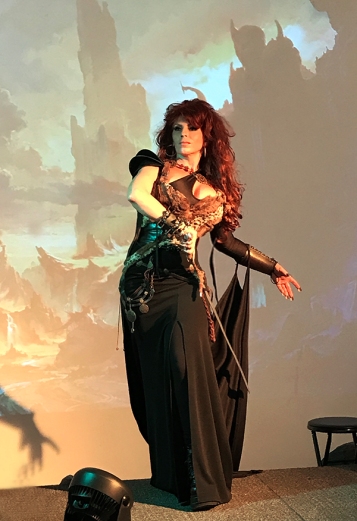 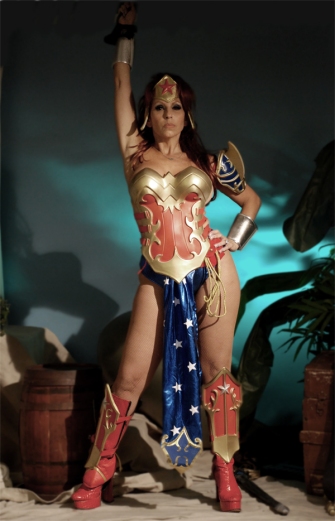 Andrew Loomis asks us to use the key ability which an artist alone can bring when making an image; the ability to edit, simplify and subordinate the detail. This is a quality which a photographer and the fannish artist has trouble incorporating.

By selecting which aspects in a subject matter we would like to emphasize, downplay, exaggerate, or abstract, we as artists work to bring out the character of a subject matter. In laying plain these subtle aspects for the less-astute viewer to see,  the artist thereby can articulate a quality particular to the subject matter beyond the surface detail- the character.  Furthermore, this approach allows the artist to work in a different sphere than the photographer is able to.  The greatness in a painting or a piece of art is the capturing of the less-obvious qualities found within a subject, rather than in the recording of intricate details.   Loomis articulates this point with the following quote:

“It is ten per cent how you draw, and ninety per cent what you draw.”

He elaborates by articulating that when an artist equally defines everything within in a picture area, equally treating the value, edge and detail with the same approach-absolute fidelity- he will add nothing more than is achieved in a photo.    Loomis indicates that subordination of detail may be achieved in many ways, such as diffusion, closeness of colour/ value to the surrounding areas, by simplification of shape and insistent detail and by outright omission.  Accentuation is achieved by the inverse of each of these, that is sharpness in detail, high contrast or added texture.

To paint or draw the “Pertinent Facts” and by applying both subordination and accentuation to the image is also more similar to how humans experience reality.  When we look at a vista, or at a scene, our eyes focus on the elements which we find most attractive or those that seem to be infused with meaning.  The other areas, though still present, stand in less focus and garner a lesser regard.  Our interest maximizes the accentuation of what we see, and all else is subordinated.  This is literally how our brain has been developed in order for us to process detail; focus on what is of import and more-or-less ignore the rest.  This is because the myriad and infinite details of reality would overwhelm us were they all perceived at the same level of resolution.

Photo images which we are used to on a day-to day experience do capture every detail with an ambivalent eye. Since the photographic image is utterly pervasive, we have become used to seeing high resolution images in a way we don’t experience a subject matter in reality.  Consequently, we have come to associate such high detail and high resolution with attractive realism.  This should not be the aim of artistic realism tho- and it is not realism as a human can perceive.   We as artists need to recreate in paint the experience the human mind goes through when attracted interest perceives a beautiful vista.  We need to represent with conscious sublimation and accentuation of detail, as well as aim at drawing out the “Pertinent Facts”.

This is the end of Lesson Two.  Please review your notes, and we will continue our study of Figure Drawing For All It’s Worth next week.  Thank you for reading and participating.

jesswhitecomic I am a comic illustrator, and an advocate for clear thinking and rationality.
Published March 23, 2020

2 thoughts on “Lesson 2- Character not details”